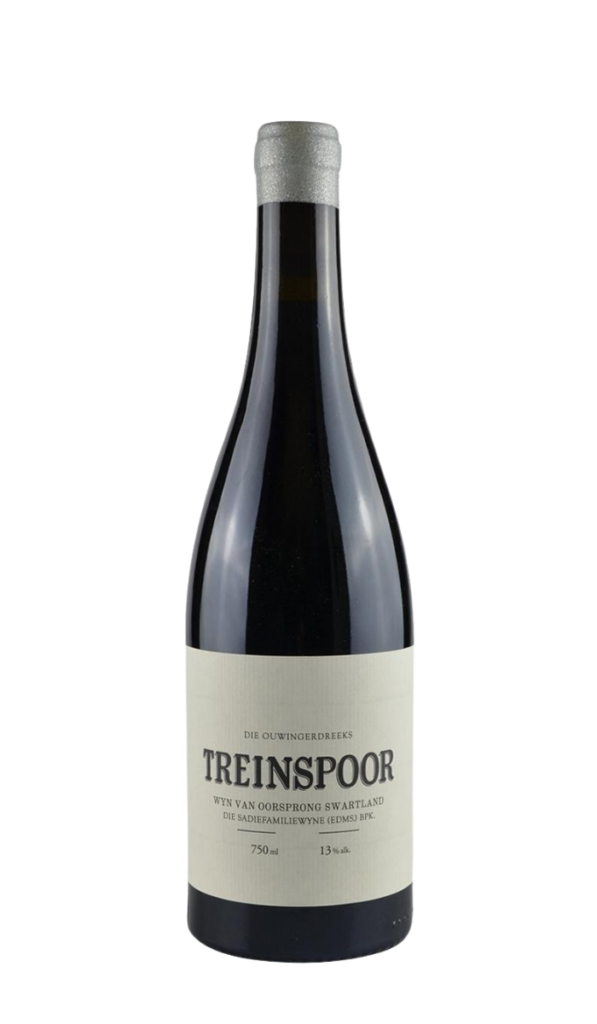 The 2016 vintage came on the back of one of our driest seasons recorded in the last century and in the cellar it came down to incredible stress and the management thereof; and the ability to move at fast to supersonic speed at times to get the fruit picked at the last moment, without getting to over-ripeness. At the time of harvest we were not all too positive about the vintage, but it turned out 200% above expectations and the result is humbly and gratefully accepted.

The Old Vine Series Treinspoor, Eben’s Tinta Barocca cuvée, which he said has “the biggest passport in South Africa” since the grape has been grown there for a long time for fortified wine production, has a lucid ruby color. Eben told me that it is actually one of his most difficult sells but I am of the opinion that it is one of his best wines. Darker in colur than then other OVS labels, it has a captivating bouquet with raspberry, cranberry leaf, tobacco and damp wet clayey aromas. The palate has firm tannin that Eben compared to Piedmont, which I can understand. The acidity is beautifully judged with killer salinity and mineralité on the finish that both linger in the mouth. This is an outstanding South African wine.

Tinta Barocca is the grape with the official passport for being a resident of the Swartland: it has been here for a long time and will remain, since it has an amazing ability to capture the Swartland terroir. Unlike some of the other varieties that enjoy greater familiarity in terms of South African wine preferences, it is a bit of an outsider…. which it really should not be.

It is always a deeper wine with much more time required in ageing.
This vintage is dark, black graphitic with anise and just massive earthy notes like freshly ploughed earth. It then trickles into the fruit aromas, but is austere from the outset and needs time in the glass. The tannins, as always, are firm and at 13.2 % alcohol it is just like a person who seems to be a lightweight, but who has a massive punch!
Please age or decant.