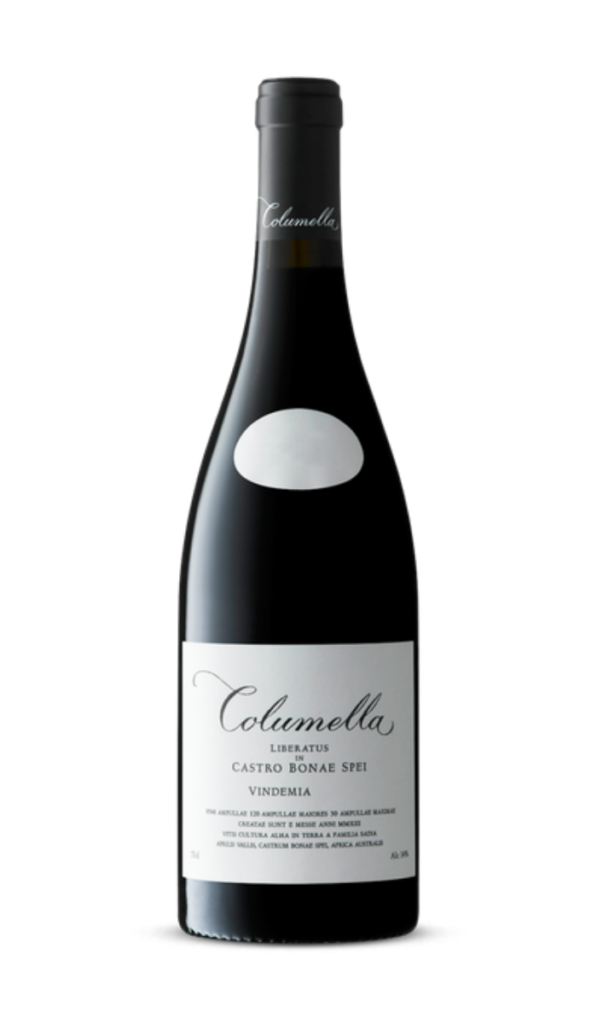 It is the lightest and tightest Columella yet, so expect it to unwind slowly for many years.

”We are very proud of this wine,’ says Eben Sadie, and rightly so. The Syrah component of this iconic wine has decreased every year and now stands at 50%, complemented by Mourvèdre, Grenache, Cinsault and Tinta Barocca. It’s a very nuanced, elegant wine, with subtle bramble and blackberry fruit, stony minerality, nuanced oak and undertones of aromatic fynbos. Drink: 2016-24.’ – Tim Atkin MW, SA Special Report 2016

The Sadie Family Wines are at the forefront of the South African wine revolution. A true visionary, Eben Sadie has identified the very best old vines across the Cape, revived them with natural farming and captured their essence using simple and traditional winemaking.

Besides their astonishing character, balance and purity, these profound wines still offer exceptional value for money. It’s no wonder that they are the most sought-after wines in South Africa.

Tasting notes
‘The 2014 Columella is a great follow-up on the 2013: the regional character of the Swartland married a sophisticated feel in the mouth. The 12 months in barrels with about 5 – 8% new wood, followed by 12 months of aging with no new wood in old, large format casks have placed the Columella in an environment where the wine is much more compact – and although it develops more slowly, it has a smooth mouthfeel. From 2010 harvest onwards the Columella wines need more time in their youth, or else decantation for at least 2 hours if opened prior to 5 years of age. The texture and mouthfeel are seamless.’ – Eben Sadie, Winemaker

‘Eben Sadie’s signature series red that is Columella grows ever more sophisticated, the recently released 2014 a blend of 60% Syrah, 22% Grenache, 15% Mourvedre with the remainder being Cinsaut, Tinta Barocca and Carignan, maturation lasting12 months in barrels, about 5 to 8% new, followed by a further 12 months in old, large format casks. On the nose, plums and red cherries, a hint of spice and subtle vanilla. The Swartland trademark aromatics of fynbos, olive and earth are also there but pushed way back while anything floral is just about absent as if prettiness might contradict gravitas. The palate meanwhile possesses pure fruit, fresh acidity and wonderfully granular tannins. The wine appears not so much tight as ungiving right now but will no doubt gain greater detail with time.’ – Christian Eedes, Winemag.co.za 94/100