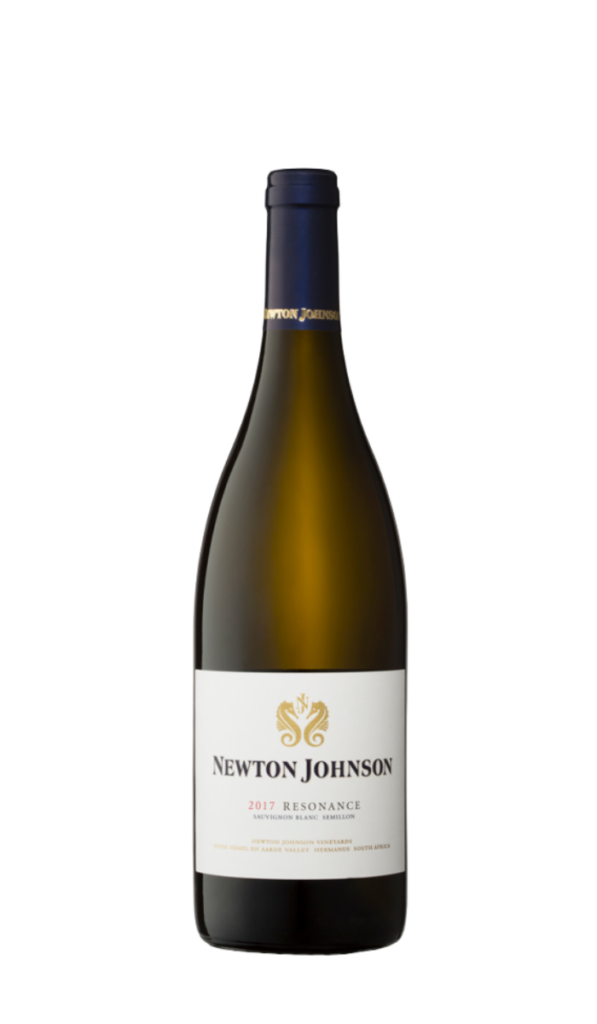 Resonance is predominantly sourced from our single Sauvignon Blanc vineyard, cultivated in quartz and sandstone soil. We found this solitary site most suited to Sauvignon Blanc, nestled in a hollow of the uppermost slopes where the mountain bedrock had eroded down to form this soil type. We farm this parcel organically, gradually increasing this practice in all our farming over time. Texture is of prime importance in our white wines, and Semillon fermented in new oak barrels provided us with a component that forms the broader framework of the blend. This is a wine where the winemakers get to play with Sauvignon Blanc, pushing the boundaries of the conventional style. Our intention is to produce a wine that is pure, looking past fruit expression for complexity.

Vivid expression enveloped in a wealth of opulent aromas and flavours. Striking scents of lemony Cape May confetti bush, white asparagus, and Cape gooseberry ; broadened with rich nougat and the warmth of chamomile. Luxuriant texture with mealy/chalky grip and a dollop of fruit sweetness, is held by the clean acidity in to an enduring sheet of flavour in the finish.

The Sauvignon Blanc vineyard lies on the uppermost slopes at an altitude of 282m, in the porphyritic Granite soils of the Upper Hemel-en-Aarde Valley. This appellation ranges from 4 to 8 km in proximity to the Atlantic Ocean . The climate is cool and temperate, where parallel mountain ranges channel the southerly oceangoing winds through the appellation during the summer. These southerly winds in turn create regular sea mists and overcast conditions, moderating the temperatures in the valley. The annual rainfall is 850mm, with 50% falling in the winter months (May – August). The Semillon was sourced from a neighbour grower in the Upper Hemel-en-Aarde Valley appellation. This vineyard lies at 285m altitude on a southern slope of 11%.

S O I L: Sandstone and coarse fragments of quartz for the Sauvignon blanc portion and duplex, porphyritic decomposed granite soils for the Semillon portion.

This is the 3r d straight vintage that was warmer and earlier than the average. The preceding winter had decent rain, though was quite poor in terms of accumulated cold temperatures. Fortunately, there were no major abnormalities with budding in the last week of Au gust, a week later than ’15 and ’16. A sustained, dry and warm summer kept the vine canopies relatively modest in growth vigour, and the crop was lower than average. A significant event was the 50mm of rain received on the 27t h January as the first parcels of Pinot Noir were being harvested. This resulted in a delay in ripening for everything else on the vine, with moderate temperatures allowing grape flavours to develop without sugar accumulation. The Sauvignon Blanc was harvested on the 24th of February and the Semillon on the 14th of March.

The grapes are packed in to large-surface area crates to limit crushing of the bunches. The day’s harvest is cooled down overnight to 8ºC in the winery’s refrigerated cold room. The bunches are hand-sorted on a conveyor, destemmed and crushed in to stainless steel tanks where, after a few hours, the juice is allowed to drain into lower tanks for settling. The juice is settled clear over a couple of days by cooling only (no enzyme) and racked for indigenous fermentation which is maintained at 16ºC until the wine is dry (16 – 20 days). 27% of the blend includes Semillon that has been fermented by indigenous yeasts and matured for 3 months in new oak puncheons (500L barrels).