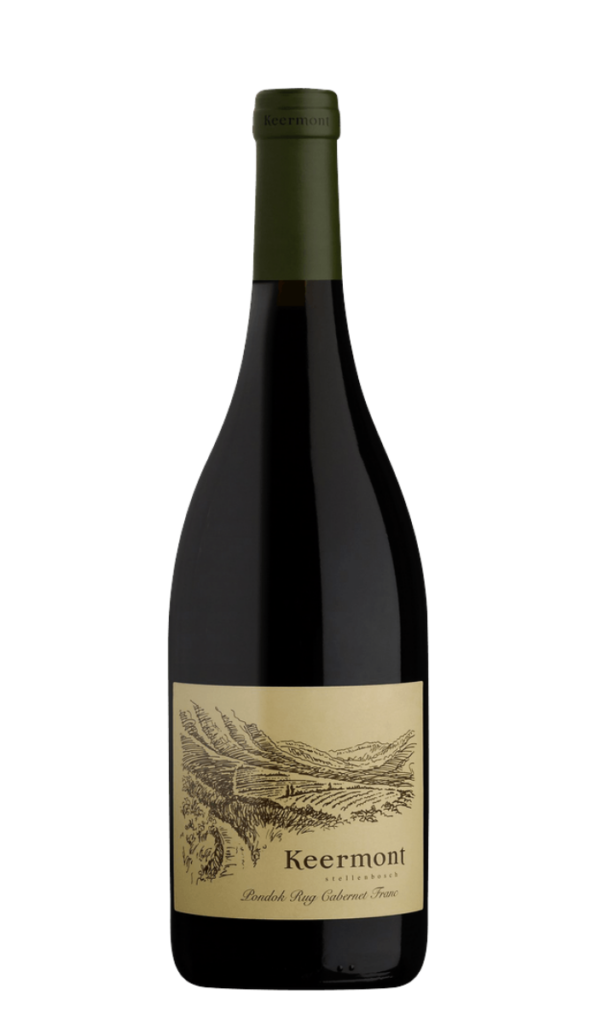 This series of wines was created to highlight the specific characteristics of vineyard sites which produce great wines year in and year out. We have selected the best barrel or two of wine made from these vineyards and bottled it separately.

Pondok Rug – a ridge (rug) deriving its name from a shepherds hut (Pondok).

High up on the West facing slopes of the Stellenbosch Mountain, this is a 1.8Ha parcel of Cabernet Franc planted in 2006. At an elevation of 380m above sea level and surrounded by mountain ‘fynbos’, this block is exposed to many natural elements resulting in very low yields. The soil on Pondok Rug is red granitic loam with a high clay content which sustains the vines during the summer months. These factors allow us to produce an intense wine with unique flavours and a solid tannin structure.

All grapes used in producing our wines are grown on Keermont Vineyards. Small parcels of grapes are specifically selected according to ripeness, harvested by hand and vinified separately. This process is carried out gently and naturally in open top fermenters using traditional methods only. This wine spent 20 months maturing in seasoned French oak barrels before being bottled by hand without filtration on 9 November 2015. Only 895 bottles were produced.

This wine has a pink purple hue. Typical herbal aromas are complimented by strawberries and red candy. The palate is intense with bright red fruit flavours complimented by hints of sherbet, red peppers and black currant. The tannin structure is tight and grippy and a strong central acid core gives the wine a long powerful dry finish. Drink 2017-2030.

This season’s winter was generally mild, but became cold and wet towards spring time. Keermont experienced record rainfall and even snow on the mountains during August. This allowed for good vine growth during the spring, but also increased the mildew pressure and resulted in an unusually large insect population. Fortunately neither of these had a major impact on our crop.

Our soils stayed moist through the growing season thanks to moderate temperatures and we hardly had to irrigate at all before harvest.

A series of heat waves in early February jolted us into harvest action. The vines, which had been very nurtured by all the moisture, suddenly started to show some signs of stress and we needed to pick quite a few of the blocks over a short period.

The favourable growing conditions contributed to a healthy crop of 150 tons for Keermont Vineyards.